Difference between revisions of "Hidden subsidy in rooftop solar" 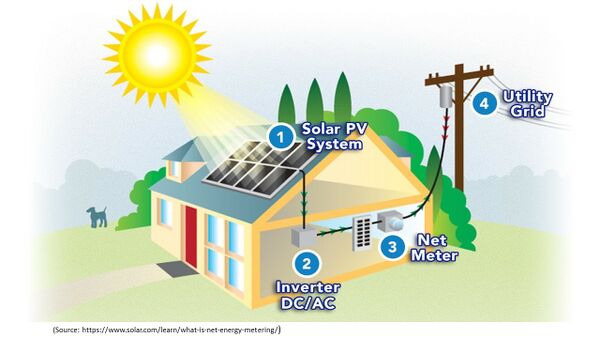 Rooftop solar[1] reduces the owner's electricity bills according to the amount of self-generated energy the household uses. This consequently reduces the earnings of their grid electricity supplier. The supplier saves a little of that lost income through having to buy less fuel, but they still have the costs of keeping their generators and the grid network running. Many suppliers are also obliged to run energy efficiency programmes and to subsidise low income customers, adding to their fixed costs. Since they make less income from the solar-owning customer, the supplier will have to charge everybody else more to keep its income steady and stay in business. This amounts to a subsidy to the higher-income customers who own their own homes and who can afford solar installations, paid for by everybody else, including lower-income customers who cannot afford rooftop PV. Increased energy prices disproportionately hit society’s poorest people who tend to spend the greatest proportion of their incomes on fuel.

Even without net metering a wealthy consumer can obtain an effective subsidy by installing a battery to store electricity when their PV system is generating it - when, typically, the consumer doesn't need it - and using it later, when they do need it, saving the cost of buying peak-rate electricity from the grid. The consumer still demands electricity from their utility supplier when their home PV + battery installation cannot supply it, and the utility still has the fixed costs of its generator plant, transmission networks etc to maintain, so the wealthy consumer's savings have to be recouped from higher prices for everyone else.