Does the UN call for small-scale organic farming?

Various "Green" and "Alternative" websites and blogs claim that a United Nations report says that small-scale Organic farming is the only way to feed the world.

These articles cite a 2013 report published by the United Nations Conference on Trade and Development. The front cover of this report urges WAKE UP BEFORE IT IS TOO LATE and Make agriculture truly sustainable now for food security in a changing climate. 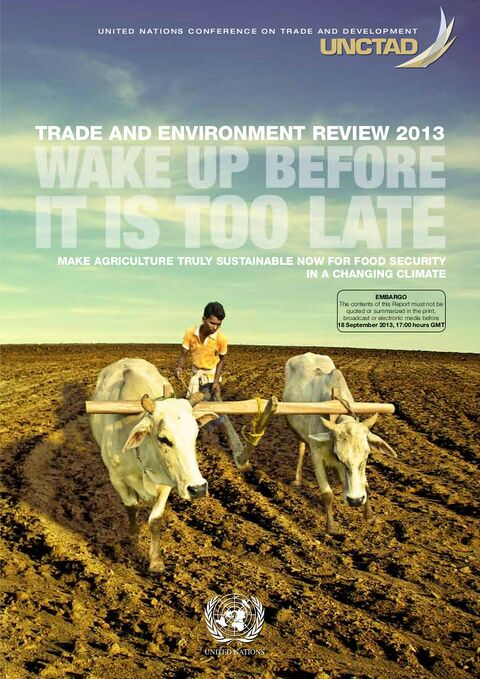 Cover of the UNCTAD report

According to the report:

Developing and developed countries alike need a paradigm shift in agricultural development: from a "green revolution" to a "truly ecological intensification" approach. This implies a rapid and significant shift from conventional, monoculture-based and high external-input-dependent industrial production towards mosaics of sustainable, regenerative production systems that also considerably improve the productivity of small-scale farmers. We need to see a move from a linear to a holistic approach in agricultural management, which recognizes that a farmer is not only a producer of agricultural goods, but also a manager of an agro-ecological system that provides quite a number of public goods and services (e.g. water, soil, landscape, energy, biodiversity, and recreation) UNCTAD's Trade and Environment Review 2013 (TER13) contends.

TER13 highlights that the required transformation is much more profound than simply tweaking the existing industrial agricultural system. Rather, what is called for is a better understanding of the multi-functionality of agriculture, its pivotal importance for pro-poor rural development and the significant role it can play in dealing with resource scarcities and in mitigating and adapting to climate change. However, the sheer scale at which modified production methods would have to be adopted, the significant governance issues, the power asymmetries' problems in food input and output markets as well as the current trade rules for agriculture pose considerable challenges.

So is this the considered conclusion of the United Nations?

In the front of the document is a page headed 'Note' which gives permission to use material in the report, asks for acknowledgement to be given, and has an email address for comments etc. 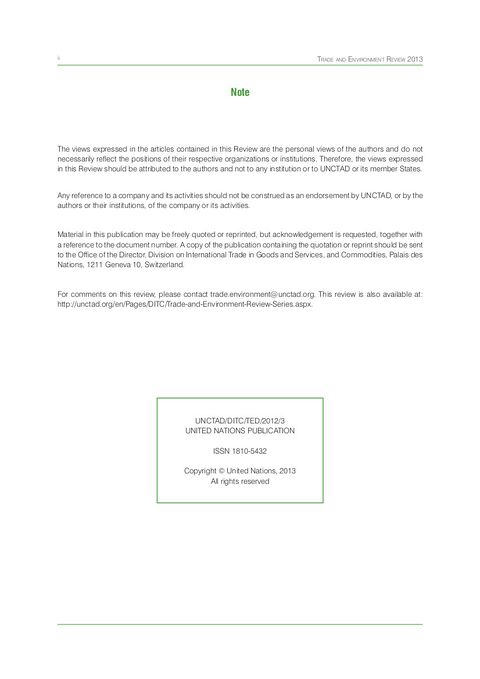 The first note on this page tells us:

Thu Huffington Post, US Organic Consumers Association, and all the many other sites which have published articles about this report, have all evidently skipped over this boring boilerplate text and missed this clear instruction not to attribute views expressed in the review to to the UN Conference on Trade and Development.

So whose views are they?

As Iida Ruishalme, a Biologist and science communicator, observes, many of the contributors to the report work for organic companies and Green and activist organisations.

In a thoughtful, evidence-based article on her Thoughtscapism blog Iida discusses this report, the findings of other UN bodies, issues around small-scale, subsistence farming and poverty, sustainability, and the pros and cons of Organic agriculture.