The MacKay Carbon Calculator is an interactive tool for calculating decarbonisation pathways for the UK.

It is an updated version of the 2050 pathways calculator produced by the (then) Department of Energy and Climate Change (DECC) while the late Sir David MacKay was chief scientist there. The new version has been released by the DECC's successor, the Department for Business, Energy & Industrial Strategy (BEIS).

The new calculator has been named in honour of David MacKay. 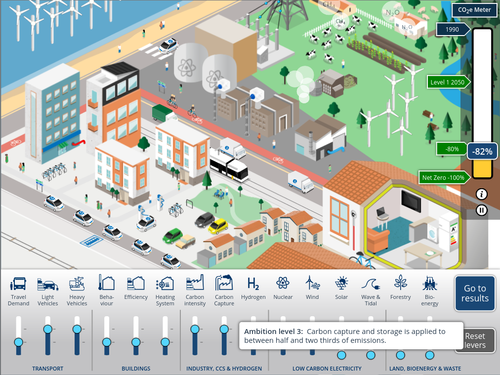 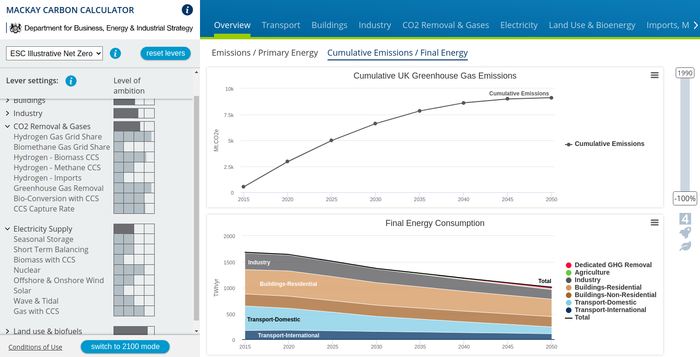 The Excel spreadsheet on which the calculators are based is available, as are teacher resources for | My2050 (Key Stage 4) and the detailed version (Key Stage 5) (from the website of the Royal Geographical Society which developed them).

The site also carries a tribute to David MacKay:

"The calculator takes the poison out of the debate. The key thing is that any scenario you choose has to add up."

So said Professor Sir David J.C. Mackay in an interview with the Guardian in 2011, discussing his then-new and certainly original UK 2050 Calculator. The tool was designed to enable ‘open source policy making’, where a user can engage with a user-friendly interface and gain a deeper understanding of the trade-offs between different policy options and the implications for societal behaviour.

David’s involvement in the inception, design, underpinning logic and accessibility of the calculator is, ironically incalculable. Back then he was already a widely respected engineer and researcher but also, critically, at a pivotal moment in the public debate about energy policy options: Chief Scientific Adviser of the then Department of Energy and Climate Change, a post he had held since 2009.

Having already made his mark in the fields of mathematics, artificial intelligence and their application to communication, David turned his attention to energy. Shortly after publication of Sustainable Energy: Without the Hot Air (2008) he explained why he wanted to turn his analytical attention to energy and climate: ‘Most of physics is about energy, and physicists understand inefficiencies. I want to write a book about our energy options in a neutral, human-accessible form.’ The ground-breaking approach to the subject matter in the book enabled him to bring a rational basis to the energy debate by using standard units, to help a much wider audience understand the challenge of decarbonisation.

David aspired to start a public conversation – what he termed ‘open source policy making’ and he devised the UK Calculator as an opportunity to innovatively and effectively communicate the evidence around an important issue, he oversaw development of the first UK calculator and, subsequently myriad versions co-created with and for other countries.

In the 2-year run-up to the pivotal Paris United Nations Framework Convention on Climate Change (UNFCCC) Conference, David was involved in the production of the Global 2050 Calculator; an invaluable public engagement tool to effectively demonstrate the risks and trade-offs but this time at the planetary scale, with the objective of limiting global temperature rise.

David may not be with us physically anymore, but he was very much in mind during the production of the latest iteration of the UK 2050 Calculator, which appropriately enough has been named after him.

As with previous versions, the MacKay Carbon Calculator has user-controlled levers of decarbonisation. However, a range of updates include new levers, re-baselined data and assumptions, revised levels of ambition agreed through expert stakeholder workshops, and the facility to vary when and how quickly a decarbonisation measure is deployed. The emergent pathway allows the user to and see the effect on greenhouse emissions both in 2050 and up to 2100. The MacKay Carbon Calculator retains David’s original concept of a transparent, evidence-based, easily-accessible tool to engage the public in a discussion on the pathway to decarbonisation, but now with the additional challenge of the UK’s commitment to reach net zero in 2050.

It is enormously fitting that this refreshed understanding of the impact and interaction of energy policy options, as embodied by the MacKay Carbon Calculator, is named after the person who inspired us all to value the continual furtherance of analysis through steadily improved insight.

The original calculators produced by DECC are still available. These were built at a time when the UK's decarbonisation target was for an 80% reduction on emissions by 2050, mandated by the Climate Change Act 2008, rather than the net-zero target adopted in 2019. 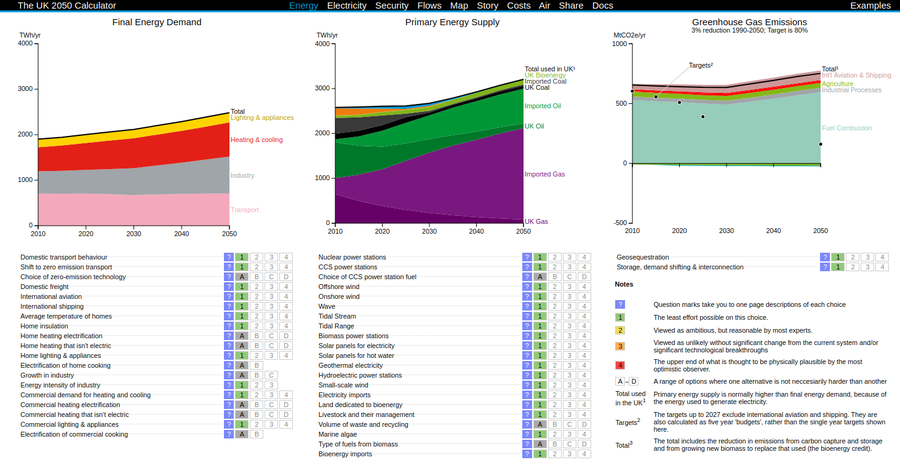 This has a number of example pathways contributed by DECC themselves and by third parties. 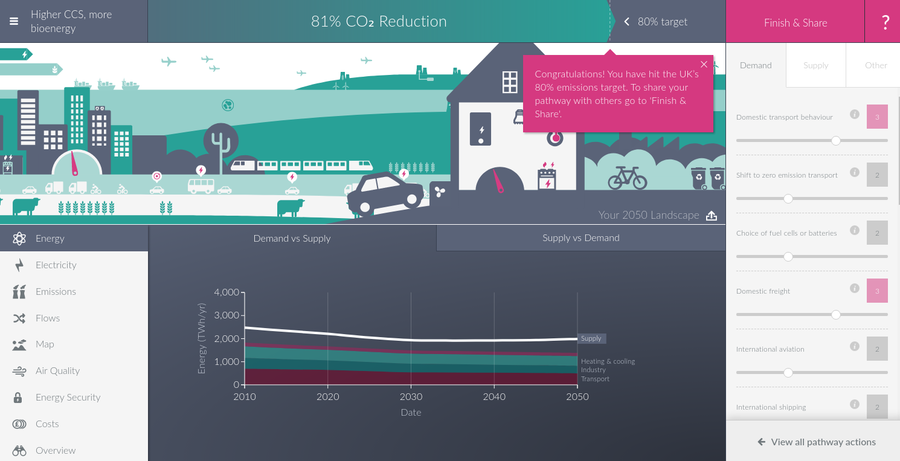 Unlike the old and new 2050 calculators which model pathways to the UK's 2050 emissions targets (80% reduction or net zero), the Global Calculator estimates a range of global cumulative CO
2 emissions by 2100 and corresponding likely ranges of temperature rises, with a target of remaining below 2C above pre-industrial levels.

It includes factors for lifestyle factors, and land use and food, and shows costs. 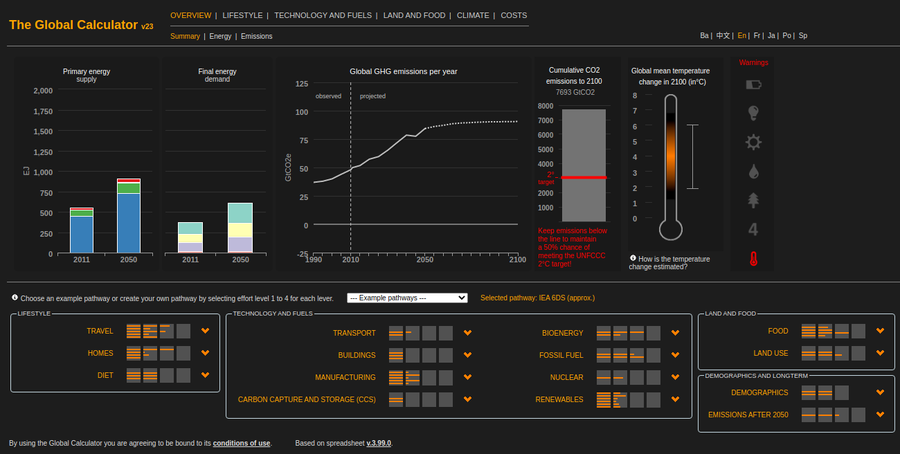 Like all the calculators it can display selected example pathways. In the case of the global calculator these include IPCC RPCs, pathways by the IEA, Friends of the Earth, and the World Nuclear Association