These sciences are based on the scientific method, which is a system for understanding the world through making observations, formulating possible explanations, making predictions from our explanations, and testing to find whether our explanations are correct or not.[1]

Pure sciences, such as Cosmology, seek to understand the natural world and universe purely for the sake of understanding. Sometimes practical benefits come out of such study but they tend to be accidental by-products of the work.

Applied sciences such as various branches of engineering, and medicine, use and build on scientific knowledge for practical ends, such as tackling diseases or building new or better machines and processes.

With the possible exception of some extreme religious groups, most people and organisations claim to accept science and, where appropriate, to be guided by it. However there are many who adopt positions lacking evidence, or entirely at odds with well-established scientific knowledge.[2]

Scientific scepticism (or skepticism) underlies science, an attitude of thinking critically and honestly, accepting one's own fallibilities, tendency to bias, and limited competence. It is not to be confused with mis-uses of the term by contrarians and denialists rejecting well-founded scientific evidence they dislike, e.g. so-called "climate sceptics".

In an article "Against Ideology" on his NeuroLogica blog, Stephen novella writes:

The skeptical movement has always struggled with some unavoidable ironies. We are like a group for people who don’t like to join groups. We actively tell our audience not to trust us (don’t trust any single source – verify with logic and evidence). Our belief is that you really should not have beliefs, only tentative conclusions. Essentially, our ideology is anti-ideology.

This is because scientific skepticism is not about any set of beliefs or conclusions. It is all about process, just like science itself – question, observe, analyze, repeat.

This approach is both empowering and freeing. One of the most common observations I hear from those who, after consuming skeptical media for a time, abandon some prior belief system or ideology, is that they feel as if a huge weight has been lifted from their shoulders. They feel free from the oppressive burden of having to support one side or ideology, even against evidence and reason. Now they are free to think whatever they want, whatever is supported by the evidence. They don’t have to carry water for their “team”.

At the same time, this is one of the greatest challenges for skeptical thinking, because it seems to run upstream against a strong current of human nature. We are tribal, we pick a side and defend it, especially if it gets wrapped up in our identity or world-view.

The end-game of all this is the conspiracy theory, which is the final retreat of the ideological scoundrel. A grand conspiracy theory is an all-consuming narrative that makes sense of the complex world through a paranoid lens, which explains away all disconfirming information as part of a conspiracy. Anything can be interpreted as consistent with the conspiracy, and if you point this out, that’s because you are part of the conspiracy, or at least a “sheeple” who is too blind or naive to see the Truth. It is a mental trap designed to prevent escape.

If there is a ray of light in all this, it’s that we are starting to see some backlash born of increased awareness of motivated reasoning, echochambers, and conspiracy thinking. A recent essay by Jerry Taylor explains why he abandoned the libertarian ideological label:

I have abandoned that libertarian project, however, because I have come to abandon ideology. This essay is an invitation for you to do likewise — to walk out of the “clean and well-lit prison of one idea.” Ideology encourages dodgy reasoning due to what psychologists call “motivated cognition,” which is the act of deciding what you want to believe and using your reasoning power, with all its might, to get you there. Worse, it encourages fanaticism, disregard for social outcomes, and invites irresolvable philosophical disputes. It also threatens social pluralism — which is to say, it threatens freedom.

This was picked up by conservative Max Boot, writing for the Washington Post. He recently wrote a column in which he admits he was wrong about climate change. He is a conservative never-Trumper, who now feels separated from a transformed Republican party (from his perspective – we don’t need to get into a political debate about this). Now, freed from having to defend team Republican, we was able to look at the science and see it for what it is – there is an overwhelming consensus that anthropogenic climate change is real and a problem.

One gets the sense, as my Post colleague Jennifer Rubin wrote, that if progressives championed the theory of gravity, conservatives would denounce it. In fact, public-opinion research suggests that many Republicans would be likely to support climate-change solutions if they were proposed by Republican leaders — and conversely many Democrats would be likely to oppose them even if they would have backed the very same policies when put forward by Democrats. We’ve already seen the parties flip positions on Russia because of Trump. That is the danger of ideology, and why I strive for an empirical, non-ideological approach instead, even if that leaves me in a political no-man’s land where I am sniped at by both sides.

Boot and Taylor now champion having no ideology, but rather taking moderate positions based on individual logic and evidence. That has been my approach for a long time. I eschew any ideological label. The only “ism” label I accept is skepticism, again because it is the anti-ideology ideology.

What Boot and Taylor, hopefully to be joined by many others, have realized is that ideology is an intellectual straight-jacket. It is far better to simply come to individual tentative conclusions based on currently available evidence and valid logic, and to be willing to change in the face of new information or better arguments.

The same is true of Mark Lynas. He was constrained by his green environmentalist ideology. He was anti-GMO because his tribe was anti-GMO as part of their world-view (complete with conspiracy theories). But he noticed a disconnect between his approach to global warming and GMOs and had the intellectual honesty to step back and look at the evidence regarding GMOs as objectively as he could. The result was that he saw reality on this issue for the first time – the science on the safety of GMOs is, if anything, stronger than for global warming. He saw his ideological prison for the first time, and abandoned it.

It is a supreme mistake to attach any self-identifying label to any belief, to tie your identity or sense of self-worth to a belief or any empirical conclusion. Because then facts become personal, a logical argument becomes an attack, and those who disagree with you become the enemy. It is freeing to be rid of all this, and you can see the joy from Boot and Taylor in their words, as they realize their new freedom. They are free from a self-imposed prison.

The door has always been unlocked an open – they just had to walk out.

In an article in her Thoughtscapism blog, Iida Ruishalme asks:

Where should we turn to if we want to know something? What are good sources of information? What do they look like? These questions apply to most areas of life. It all really boils down to: why science? Aren’t there other just as important sources? What makes science so infallible? I’ve often heard the counter-argument that science doesn’t know everything. So why should we listen to it? The answers are: science is not infallible. It doesn’t know everything. But it’s the only one in the game. There is no competing system of knowledge. Science is the common denominator for all those endeavours that openly admit that ‘we think that this might be the case but we will test real hard to see if it turns out really to be so’. If you are looking for knowledge about the world, science is the one gig in town that’s sitting down around the table and thinking hard on ‘how can we truly know something?’

Ruishalme quotes from a website about the scientific method[3]

The Method of Science or Reflective Inquiry: The other methods discussed are all inflexible, that is, none of them can admit that it will lead us into error. Hence none of them can make provision for correcting its own results. What is called scientific method differs radically from these by encouraging and developing the utmost possible doubt, so that what is left after such doubt is always supported by the best available evidence. As new evidence of new doubts arise it is the essence of scientific method to incorporate them – to make them an integral part of the body of knowledge so far attained. Its method, then, makes science progressive because it is never too certain about its results. 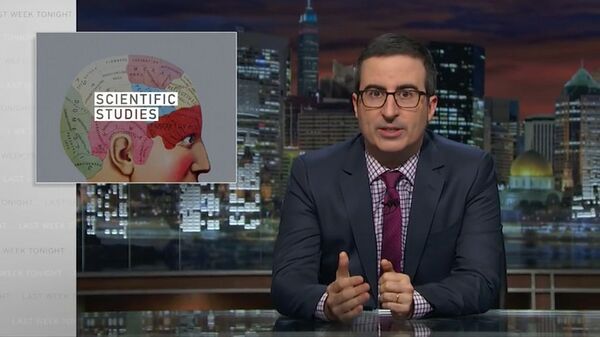 If you want to save democracy, learn to think like a scientist Bobby Azarian; Quartz; 8 Dec 2016

Paradigms U Like Ophelia Benson; Butterflies and Wheels; 11 Oct 2003

The hostility to science goes back for millennia. We don’t like brute facts, we don’t like having to check our wishes and hopes against the reality of how the world is. We’ll submit to the necessity for survival purposes, we’ll learn what we need to know of leopards and rabbits, fire and ice, but beyond that we want the right to believe our fantasies. ‘May God us keep/From single vision, and Newton’s sleep!’ said Blake, and Wordsworth agreed: ‘Sweet is the lore which Nature brings;/Our meddling intellect/Mis-shapes the beauteous forms of things:–We murder to dissect.’

But there is a new kind of animus that has become conventional wisdom in many universities over the past three decades. It goes by the name of perspectivism or situatedness or social constructionism . This view purports to show that science is neither universal nor peculiarly well equipped to arrive at the truth; that on the contrary it is local, Western, socially and culturally embedded, and therefore, merely one form of knowledge among many.

How to read and understand a scientific paper: a guide for non-scientists Jennifer Raff; LSE blog; 9 May 2016

The Media Bias / Fact Check website, like Ad Fontes Media's Media Bias Chart and AllSides, not only rates media sources for political bias and factual accuracy, but specifically for their scientific accuracy. They have a list of Pro-Science sources which they rate individually in more or less detail.

Media Bias / Fact Check has an about page describing their set-up.

Epistemic Learned Helplessness is the position that, rather than trying to evaluate arguments in a subject one is not an expert in, one should ignore such arguments and seek the expert consensus.

The appeal to “science was wrong before”

The argument is that since science is sometimes wrong, the believer’s claim is as likely to be true as one supported by scientific evidence.

Impact factors are not the same thing as reliability The Mad Virologist; 9 Dec 2015

A very common issue that I see among scientists and science lovers (skeptics, enthusiasts, etc.) is this idea that impact factors are useful in determining the quality and reliability of a scientific study. Some take it to the point that anything with an impact factor less than 10 is questionable. Unfortunately, there are issues with this idea that become apparent once what an impact factor really means is defined. An impact factor is the number of times that the articles in a journal are cited the previous year divided by the number of articles published that year.